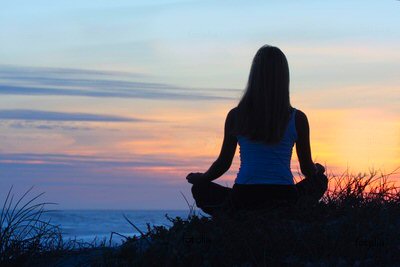 Feeling sad or “empty”
Feelings of guilt, worthlessness, and/or helplessness
Overeating, or not wanting to eat at all
Loss of interest in activities or hobbies once pleasurable, including sex
Aches or pains, headaches, cramps, or digestive problems
Insomnia, early-morning wakefulness, or excessive sleeping
Thoughts of suicide, suicide attempts
Look here for the detailed symptoms of depression: http://www.healthdoyen.com/what-are-the-symptoms-of-depression.html

According to a report published in the “Archives of General Psychiatry,” an estimated 14.8 million Americans ages 18 and older are affected by major depression every year. I am not a doctor, but I have had periodic bouts of deep depression in my life … tell me, who hasn’t? Along with therapy and sometimes medication, there’s a lot you can do on your own to fight back such as natural remedies. While most are still being studied, some natural remedies used to treat depression have shown they may be just as good as traditional antidepressant therapies. So it’s worth considering some natural remedies for depression that can help you feel better. Here are some tips:

St. John’s wort is a plant-derived herbal remedy — a phytomedicine — that is believed to act as a natural remedy for mild depression. St. John’s wort contains hypericin, which play a role in the flower’s pharmacological benefits. The way the remedy works is by raising the body’s reuptake of certain chemicals in the brain — serotonin, norepinephrine and dopamine. St. John’s Wort 300mg three times/day. If you don’t feel better within a week, slowly increase your dose to a max of 600mg three times/day. May decrease the effectiveness of birth control pills. St. John’s wort is not recommended for pregnant or nursing women, children, or people with bipolar disorder, liver or kidney disease.

Preliminary studies have found that omega-3 fatty acids derived from fish oils (not flaxseed) may be effective for treating depression. In countries with higher fish consumption, such as Japan and Taiwan, the depression rate is 10 times lower than in North American. Postpartum depression is also less common. Oily fish, like wild salmon, herring, and sardines, are the richest natural sources, but unless you eat fish three or more times a week, you may need DHA and EPA supplements to reach the recommended levels.

The clinical trials published to date indicate that 5-HTP (or 5-hydroxytryptophan) may be effective in treating depression. It has the ability to be converted into the mood-regulating neurotransmitter serotonin. 5-HTP is also beneficial for insomnia, pain syndromes, schizophrenia, anorexia and bulimia, PMS, and migraine headaches. Doses of around 200-300 mg per day seems to be fairly well-tolerated. Must use with great caution if you’re taking an anti-depressant.

B vitamins are dirt cheap and can be like water on a wilting plant for a depressed person. All B vitamins play an important role in health but folic acid, B6 and B12 deficiencies, specifically, can affect the production of serotonin and dopamine — low levels of these two neurotransmitters are linked to depression and other mood disorders. The best way to make sure you’re getting enough B vitamins is to eat a healthy diet that includes sources of essential nutrients. Fortified breakfast cereals are a good source of B vitamins. Other such as fish, eggs, and low-fat and fat-free milk. You can also take B vitamin supplements, B vitamins and standard multi-vitamin doses are most likely safe to take with anti-depressants and most medications.

How to Boost Immune System Naturally