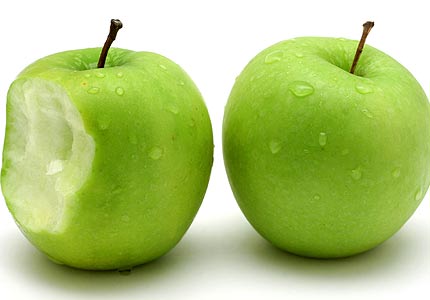 Malic acid is an organic dicarboxylic acid found in wines, vegetables, and other fruits, but the richest source is apples, which is why malic acid is sometimes referred to as “apple acid.”  It contributes to the pleasantly sour taste of fruits, and is used as a food additive. To date, few studies have tested the health effects of taking malic acid in supplement form. However, there’s some evidence that malic acid may offer certain benefits when ingested. Take a look at the health benefits of malic acid.

Not only is malic acid used in the form of a food supplement, it is also a common additive to skin care products. Because of its superior ability to penetrate the skin, when applied to the skin, malic acid is used to reduce signs of aging (including wrinkles), remove dead skin cells, aid in the treatment of acne, and promote the production of collagen (a type of protein that serves as a major component of your skin).

Malic acid is a popular ingredient added to toothpastes and mouthwashes. It stimulates the production of saliva, which reduces the number of harmful bacteria circulating in your mouth, teeth and gums. Dentists also commonly use malic acid as a cleansing agent on a tooth before filling a cavity.

Malic acid plays a vital role in improving overall muscle performance. It has the ability to quickly reverse weakness or tiredness in the muscles. Proponents claim that malic acid can boost endurance during exercise and help fight off fatigue. Malic acid also restores quick energy to the body and improves mental clarity.