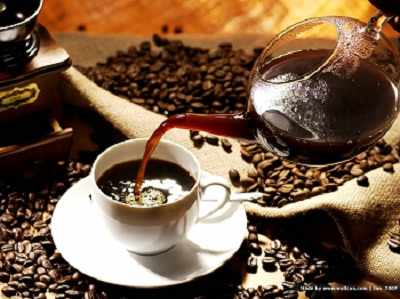 Coffee is one of the most popular drinks in the world. The effect of coffee on human health has been a subject of many studies; however, if consumed in moderation, no more than four cups a day, coffee is actually a safe beverage that may even offer some health benefits. Here are some reasons drinking coffee may be healthier for you than you thought.

1. Coffee is a potent source of healthful antioxidants.

Due to its worldwide popularity, coffee is probably the greatest source of antioxidants in the global diet. In fact, coffee shows more antioxidant activity than green tea and cocoa, two antioxidant superstars. When present in the bloodstream, antioxidants tend to build up the immune system and fight off sickness. However, it remains to be determined whether antioxidants from coffee enter the bloodstream when it is consumed and have this healing effect.

Coffee drinkers may be less susceptible to certain kinds of cancer. Polyphenols, antioxidant phytochemicals found in coffee, have demonstrated anticarcinogenic properties in several studies and are thought to help reduce the inflammation that could be responsible for some tumors. New research from the Harvard School of Public Health suggests that drinking four or more cups of coffee daily decreased the risk of endometrial cancer in women by 25 percent as compared to women who drank less than one cup a day. Researchers have also found ties between regular coffee drinking and lower rates of liver, colon, breast, and rectal cancers.

Parkinson’s disease (PD) is a debilitating neurodegenerative disorder. Recent experimental studies have identified a mechanism of action for caffeine’s preventative role in the development of PD. A 2010 review of all the available data showed that regularly drinking coffee, around two to three cups a day, cut the risk by as much as a quarter.

Coffee intake is highly protective for the cardiovascular system and has been repeatedly found to decrease risk of heart disease and death from a heart attack. A landmark Dutch study, which analyzed data from more than 37,000 people over a period of 13 years, found that moderate coffee drinkers (who consumed between two to four cups daily) had a 20 percent lower risk of heart disease as compared to heavy or light coffee drinkers, and nondrinkers.

In addition to providing a temporary boost in brain activity and memory, regular coffee consumption may help prevent cognitive decline associated with Alzheimer’s disease and other types of dementia. Women who regularly drank coffee recorded a slower rate of cognitive decline. However, similar benefits are not found in men. This is probably because women are more sensitive to caffeine.

A growing body of research suggests an association between coffee drinking and a reduced risk of diabetes. More than 15 published studies have linked coffee drinking to the prevention of type 2 diabetes, and in the scientific world, that makes the data pretty solid. People who drink six or seven cups of coffee daily were 35 percent less likely to have type 2 diabetes than those who drank fewer than two cups a day. This may due to the chlorogenic acid in coffee which has been shown to slow the absorption of sugar in the digestive tract. Chlorogenic acid also stimulates the formation of GLP-1, a chemical that increases insulin sensitivity.

Although coffee has many health benefits, but if consumed in excess, it can contribute to heart palpitations, hypertension, insomnia, and other health problems. In addition, caffeine in coffee can also increase the risk of miscarriage in pregnant women. Hence, it is a good idea for pregnant women to minimize their intake of caffeine or stop consume it.