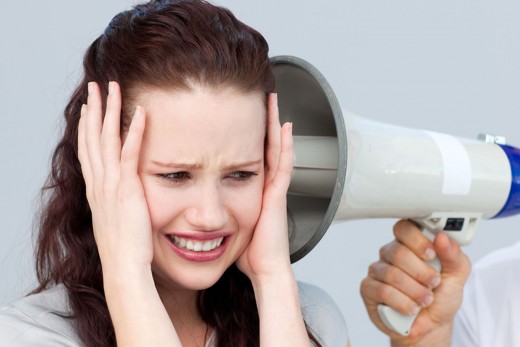 Tinnitus itself is a kind of symptom signaling some disturbance in the auditory system. It is typically characterized as a sizzling, ringing in the ears. In some patients, it takes the form of a electric buzzing, whistling or hissing. Tinnitus is not a disease, but a condition that can result from a wide range of underlying causes. The most common causes include age-related hearing loss, damage to the nerve endings in the inner ear, vitamin and mineral deficiencies, ear infections, foreign objects in the ear, high or low blood pressure, diabetes. Medicines such as antidepressants, sedatives and aspirin can also lead to tinnitus.

Not every one is fortunate enough to diagnose the exact cause of tinnitus. In many cases, tinnitus can be triggered by multiple co-existing factors. While it’s not always easy to pinpoint the cause of your ringing, there are a number of natural remedies to reduce the ringing in the ears, and it may require some experimentation to find most effective home remedy for tinnitus.

Here are the top 6 home remedies for tinnitus.

Ginkgo biloba is one of the most effective home remedy for tinnitus which is caused due to vascular disorders in the auditory system. It can supply of blood towards to the inner ear, stimulating nerves in the ears and helping to prevent tinnitus. To treat tinnitus, you can take ginkgo biloba extract (120-150 mg per day) that you can buy from herbal drug stores. Note: Ginkgo biloba should not be given to children. Ginkgo biloba can interact with certain medications. Be sure to check with your doctor or pharmacist before taking this supplement.

Another effective home remedy to treat tinnitus is the use of onion juice as ear drops. The medicinal and antibacterial properties of onions help treat ear infections causing tinnitus. Put 2-3 drops of Onion Juice in each ear with the help of eye-dropper and hold it for 20-30 minutes with the help of cotton ball. Do this a few times a week to get rid of tinnitus.

Ginger has an impressive history as a natural cure for a multitude of ailments and health issues. It is also used as a cure for tinnitus by boosting the blood flow to the ear. Moreover, it has aspirin-like properties that can help relieve ear ache. Ginger can be consumed raw by chewing it. You can also make a cup of ginger tea, simple add one-half teaspoon of freshly grated ginger to a cup of hot water, and add a teaspoon of honey or brown sugar. Drink this tea two or three times a day.

Mustard oil is another popular home remedy for tinnitus. Mustard oil can soothe the eardrums, clear any blockages in the ears and dislodge all the accumulated wax inside the ears. Also, its antifungal and antibacterial properties help treat ear infections. Slightly warm a little mustard oil in a microwave, dropping a few drops of warm mustard oil directly into the ear. Let the oil stay inside for a few minutes and then tilt your head to the other side to expel out the oil. Use this remedy three times a week.

Zinc is a trace element, which is present in minute quantities in living cells but plays an important role in body metabolism. Researchers have found a high degree of correlation between zinc deficiency and occurrence of tinnitus. Zinc supplement provided relief of tinnitus in some of the elder people who apparently had dietary zinc deficiency. Food rich in zinc include oysters, liver, spinach, peanuts, pumpkin seeds and squash seeds.